I fell into a burning ring of fire

And the flames went higher

“Vapourware” is the old-fashioned way of the now-very-common expression: “fake-it-until-you-make-it”.

According to John Carreyrou, author of Bad Blood, “vapourware” was coined in the early 1980s to describe “a new computer software or hardware that was announced with great fanfare, only to take years to materialize, if it did at all… It was a reflection of the computer’s industry tendency to play it fast and loose when it came to marketing”.

Carreyrou’s book tells the story of the rise and fall of Theranos, the once decaunicorn Silicon-Valley based biotech start-up and of its famed-founder, Elizabeth Holmes. It is a gripping and compelling read, which describes the crescendo of hopes and lies that have been created around what was meant to be a revolutionary way of blood-testing.

Of the many messages included in Bad Blood, we think the concept of “vapourware” summarises the essence of the whole Theranos story and, unfortunately, that of a number of other companies (from listed corporations to start-ups in their pre-seed stages).

Our aim with this post is to share our thoughts on how the embracement of “vapourware” has evolved over the last decade; to assess why we have ended up here and what we could do in order to avoid situations where the achievement of success at all costs prevails on tech innovation and social interest.

Theranos in a nutshell

For those who might not be familiar with the Theranos story, this was a biotech start-up founded in 2003 by entrepreneur Elizabeth Holmes, a Stanford-chemical engineering drop-out who had a revolutionary vision: to develop blood-test devices that required very small amounts of blood (the famous “finger-stick samples”) to provide results very rapidly.

This technology would have allowed people to get blood-tested much more frequently than before (Holmes’ initial idea was for the devices to be available in people’s homes), thus improving the monitoring of patients’ health and increasing the chances of early-diagnosis of illnesses. Given the simplified blood-extraction method it employed, Theranos would have also had a great impact in developing countries.

Over the course of the years, the company raised a total of almost $1bn form investors such as Rupert Murdoch, Carlos Slim, Larry Ellison, hedge fund Partner Fund, etc.; it reached a valuation of almost $10bn, employed at its peak around 800 FTEs and boasted former US Secretaries of State George Shultz and Henry Kissinger, and venture capitalist Donald Lucas, among others, as board members. Investors and media referred to Elizabeth Holmes as the “next Steve Jobs or Bill Gates”.

Commercial-wise, the company was said to have partnered with the likes of Pfizer, and in 2013 it started delivering its services through Walgreens, one of US’ largest pharmacy chains. Sources say that Theranos performed more than a million blood tests throughout its lifetime.

Until here, all the ingredients would point to Theranos being a fast-growing company led by an inspiring and energetic founder, which developed a breakthrough technology, prone to make a remarkable impact on people’s lives and be worth several billions of dollars.

Yet, things did not quite work out the way patients, employees, partners and investors were thinking and hoping for. In 2018 the company went bankrupt and, after almost 18 years since the company’s foundation, in January of 2022 its founder Elizabeth Holmes was found guilty of conspiracy to commit fraud against investors and of wire fraud (four charges in total, each of them carrying a prison-sentence of up to 20 years).

Theranos’ technology was found to be not particularly innovative (its devices were trying to imitate how other, larger devices worked; only, at a smaller scale), nor was it accurate (tests carried out by Theranos were often providing results which differed substantially from the reality) or compliant with regulation. Theranos did not only disguise all this to its employees, commercial partners and investors; it also and most disappointingly misled doctors and patients, putting the latters’ health at risk.

How did we get to this point?

One of the first questions you might probably ask yourself is “how could investors not have seen what was happening at Theranos”?

It may sound strange that neither investors nor board members had detected anything strange throughout all those years in the technology, sales performance, founding-team attitude, etc. Truth be told, there had been several occasions on which early-board members and employees raised doubts on a number of matters (ethics, technology, financial projections, culture of the company etc.).

Nevertheless, every time those doubts were raised, they were somehow disregarded shortly after, be it by firing one employee after the other, changing board members or having the founder deliver all hands meetings which (apparently) were reassuring and inspirational to employees.

Probably investors could have asked for technical due diligence to be carried out every once in a while, challenge the management and their decisions, talk to potential clients or have the company’s accounts audited. Maybe they did, we don’t know.

The real question here however is the following: how did it get to the point where, for fame and success’s sake, a start-up founder would be willing to put patients’ health at risk (on top of lying to investors and creating a culture at work which you would call anything but ethical and transparent)?

Theranos is not the first company – nor sadly will it be the last–to take the “vapourware” concept this far. There have been hundreds of similar cases in the past (and of even greater magnitude), even of listed companies: just think of Enron, of many dot-com bubble companies, and also of the most recent Wirecard, Ozy or, to a certain extent, WeWork.

The list could go on and on, and each case is, to a smaller or greater extent, different from one another. Save for one common aspect: taking the “fake-it-until-you-make-it” attitude way too far.

We know how hard it is to build a new company, and fast, and efficiently, whilst building barriers to entry and keeping investors informed and happy. All this, while having families and private lives.

We also know that, in order to succeed in business, you need to embrace “vapourware” to a certain degree. You need to know how to sell your vision to your employees, clients, investors, potential acquirers, etc.

The problems begin when you start overselling beyond a certain limit. There seems to be a relatively fine line between overselling and lying; if you start lying on certain matters (e.g. overpromising on product’s features to gain new clients), then you might be tempted or be forced to also make up other matters (e.g. investor reports not giving the real picture of the business). And the snowball can become bigger and bigger, until it goes out of your hands. At that point, even if you want to stop and reset, that might be tricky.

In his book, Carreyrou states about Elizabeth Holmes: “… in her all-consuming quest to be the second coming of Steve Jobs amid the gold rush of the “unicorn” boom, there came a point when she stopped listening to sound advice and began to cut corners. Her ambition was voracious and it brooked no interference”.

The question is: why does someone (broadly speaking) feel the need to oversell to such extent? There might be several answers to it, but we are going to focus on one of them, which is strictly connected to venture funding: growth.

Growth is the lifeblood of any company, even more so if we are talking about start-ups in the tech space. Growth is an indicator of successful innovation, and successful innovation brings benefits to a company’s clients (or patients), employees, partners, investors and to founders’ themselves.

As anything, though, if brought to the extreme, it might lead to negative effects. Growth is not an exception, and growth at all costs is a dangerous thing.

There are two very straightforward examples of growth being taken to the extreme:

The first case is not ideal, but the second one is actually a lot worse, since it undermines the one basic principle that should never be broken: trust.

A company will have several chances to recover from a slow-growth period or, in general, from difficulties in running the business. Most likely its stakeholders will not abandon the company; rather, they will often try to help it even more in pursuing its mission.

On the other hand, once trust is undermined, it is tough to make up for it. Nothing is impossible, but even unconsciously we (as clients, employees or investors) will always be somewhat affected by those episodes that undermined our trust towards another person or company.

If you are an entrepreneur and are reading this, you could say something like: “It’s the investors who are asking for ever-increasing growth rates in order to get their portfolio companies to their next financing rounds and, ultimately, to obtain a successful exit”.

Investors have played a key role in fostering such environment. However, one thing is to take advantage of the particularly-beneficial conditions to fundraise today; it is another thing to oversell to such an extent that the story being told by founders is a complete lie, just for the sake of keeping on fundraising and trying to grow.

Given the choice between growth and trust, we will always prefer trust, even if an opportunity ends up being not as exciting or profitable as we thought it might have been.

We do believe that only by implementing this two-sided strategy will entrepreneurs and investors be able to build innovation in a sustainable way.

To end with, we’d like to quote Reid Hoffman and Chris Yeh, the authors of Blitzscaling, which is a very useful and practical guide on how to scale companies at “lightning-fast speed” (NB: it is not a book on business ethics or on social-impact ventures).

They define blitzscaling as “…a strategy and set of techniques for driving and managing extremely rapid growth that prioritize speed over efficiency in an environment of uncertainty… it is an extreme, unwieldy, risky, inefficient, do-or-die approach to growth”.

At the same time, they note that: “… blitzscaling organisations grow so quickly that they often become key players in society before they’ve had the time to mature… this can result in problematic corporate cultures, adversarial relationships with regulators and questionable decision making”.

They actually mention that: “… We believe that the responsibilities of a blitzscaler go beyond simply maximising shareholder value while obeying the law; you are also responsible for how the actions of your business impact the larger society”.

And ends with the following: “Self-regulation lets businesses apply their expertise to finding the most cost-effective ways to achieve social goals”.

How we interpret this line of thought is that blitzscaling (lightning-fast growth), despite its obstacles and difficulties, is a good thing. Companies operating in a fast-paced and competitive environment should strive for blitzscaling.

Nevertheless, blitzscaling should be done responsibly; there cannot be genuine business success if an idea brings around ethical issues. And the best way to achieve that, much more so than a regulator coming into play, is for a company to set its internal rules and limitations on ethics, beyond which it cannot go.

Theranos had a great vision (improving human lives), but with time passing by, that vision was superseded by ambition for success; the lack of internal rules and limitations on how far a founder could go in order to obtain business success did not exist.

Finding the right balance between growth (including “vapourware”) and ethics is probably even tougher than blitzscaling itself, but that is definitely the goal we should all strive for. 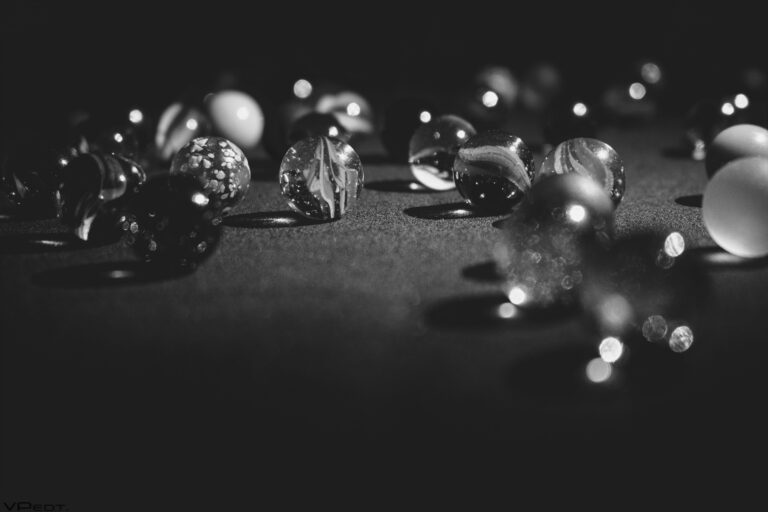 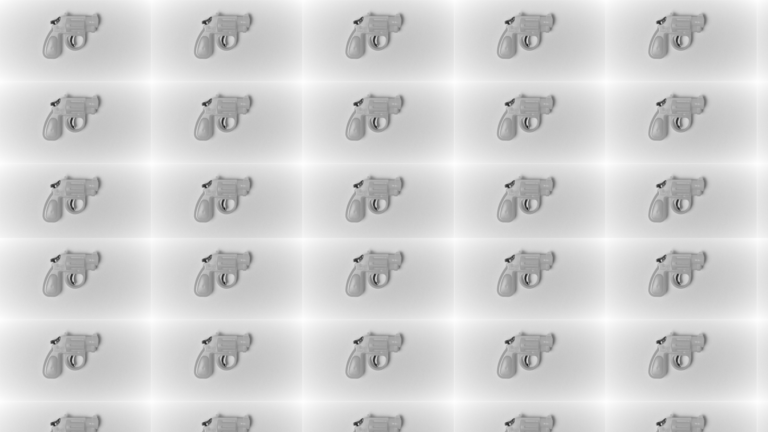 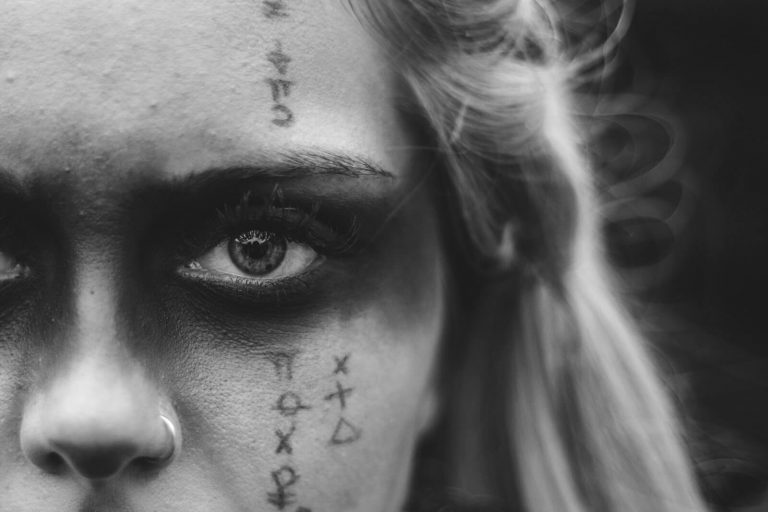